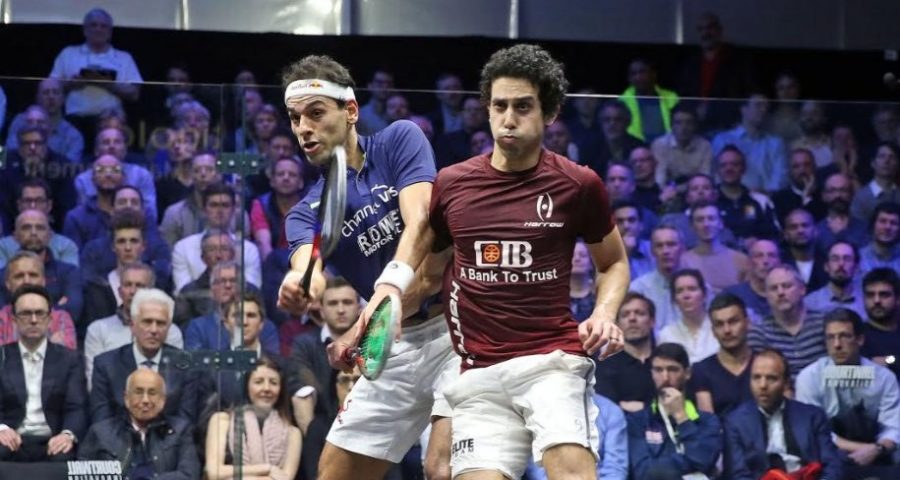 World No.1 Mohamed ElShorbagy headlines a stellar draw for the St. James’s Place Canary Wharf Classic, which will take place at London’s stunning East Wintergarden between 8th and 13th March.

ElShorbagy bowed out at last year’s tournament at the semi-final stage to eventual runner-up Momen and will be looking to go further this season after reclaiming his place at the top of the World Rankings this month.

Wales’ World No.11 Joel Makin heads up the British contingent at the event following an impressive season. The 25-year-old will be joined by Englishmen James Willstrop, Adrian Waller, Declan James, Daryl Selby and Tom Richards, while London-born Richie Fallows takes the wildcard spot.

“This is the strongest draw in the history of the tournament,” said Tournament Director Tim Garner.

“Having four world champions at the top of the list is simply amazing. It’s a major bonus all round, and a wonderful way to begin our partnership with our new title sponsors St. James’s Place Wealth Management.

“It’s also a huge bonus for the thousands of loyal fans who have clamoured for every available ticket months in advance and who generate such a brilliant atmosphere at the East Wintergarden. Everyone is looking forward to an incredible week of drama and entertainment as these titans of the game take to the court.”

A best-of-three games scoring format will take place at the event for the third year running. First round, second round and quarter final matches will be played using the format, while semi-finals and the final will revert to the traditional best-of-five games scoring.