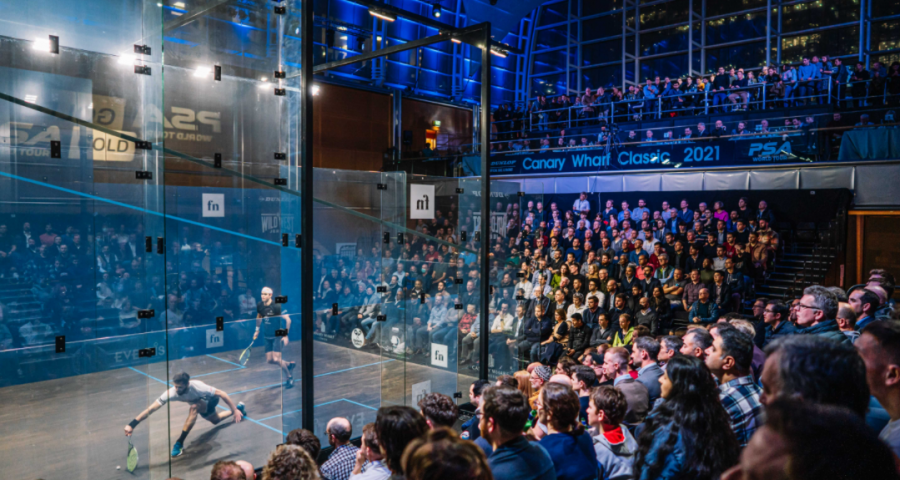 Squash fans can grab the ideal festive gift as tickets go on sale this week for the 2022 Canary Wharf Squash Classic.

The tournament takes place from March 13-18th and organisers expect the usual rush when tickets go on general sale at 10am on Friday, December 10th with special pre-sale offers available today to members of the PSA Foundation.

The Canary Wharf Squash Classic is one of the outstanding events on the PSA World Tour calendar and has attracted sell-out crowds for most of the 18 years it has taken place inside Canary Wharf’s spectacular East Wintergarden venue. 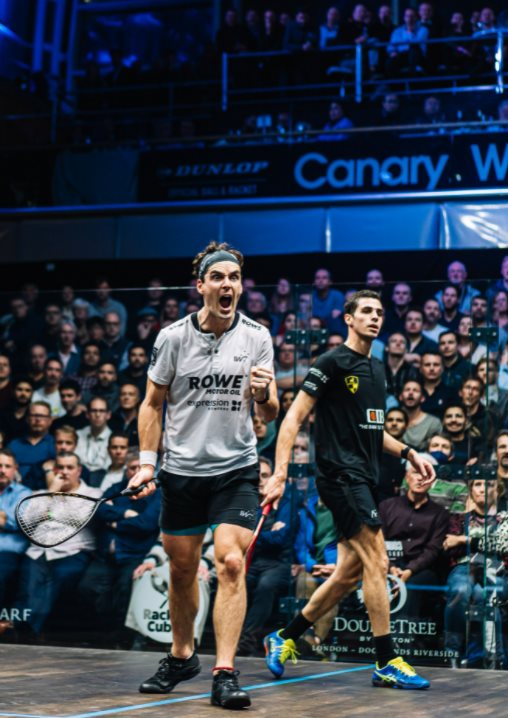 Coll, 28, rose to No.2 in the PSA world rankings after his success and former world champion Nick Matthew MBE, a record six-times winner at Canary Wharf, is tipping the Kiwi to hit the top spot in 2022.

Matthew was coaching several players early in the tournament and returned for the final with friends from the Hallamshire club in Sheffield to enjoy the top-quality corporate hospitality from the East Wintergarden gallery area. 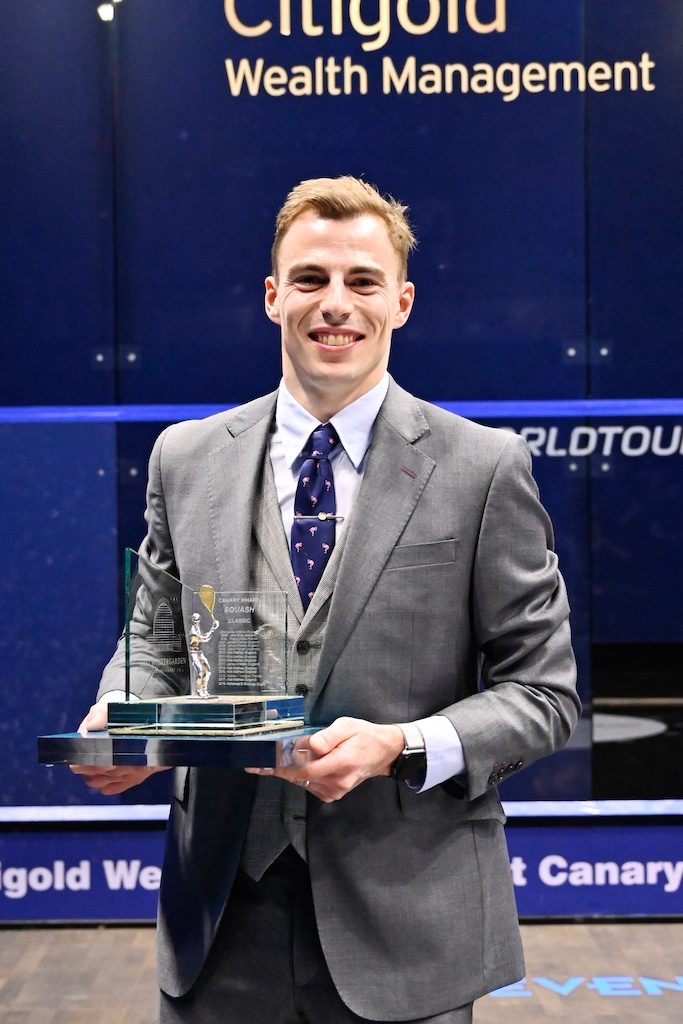 “I think Paul will be the next No.1 and I’ve said that for a while. He has been the most consistent player and that is what being No.1 is all about. He has been making semi-finals and finals but the difference now is that Paul is starting to win these finals.

“His performance level is unwavering and winning the big one at the British Open earlier this year gave him a further boost. For me, Paul is on a constant journey of improvement.”

Coll celebrated at courtside with his English coach Rob Owen after winning at Canary Wharf and thanked the crowd for their support throughout the tournament. He said: 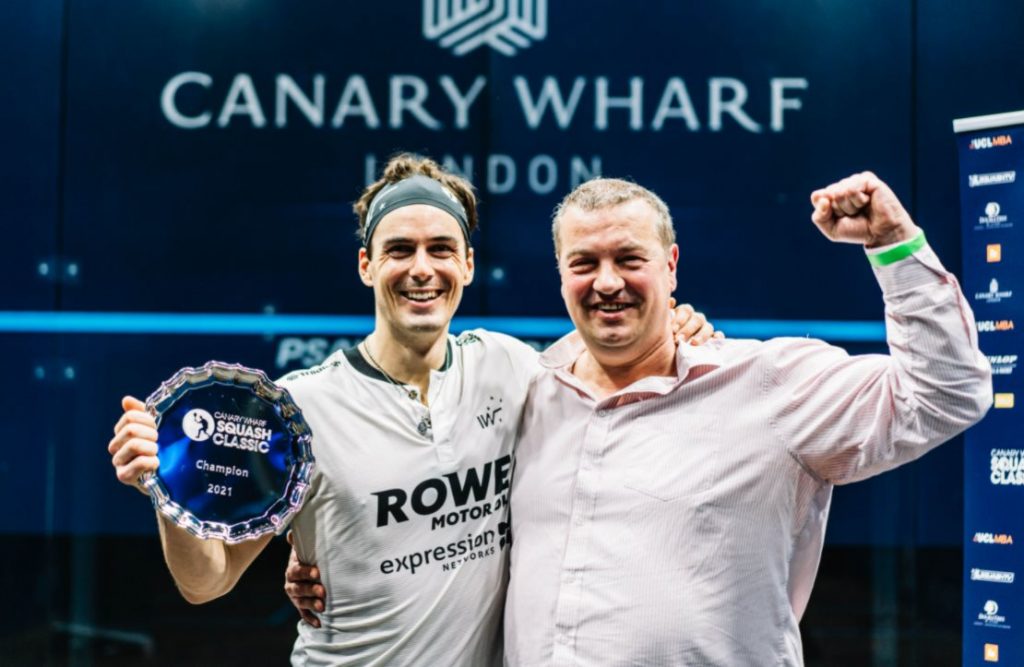 “The crowd make it and it’s my favourite venue to come to. Thanks also to Canary Wharf Group.

“To have the event in such a special location I know all the players feel so privileged to come here and play. Having it full every day from the first round is very special. Tournament Director Tim Garner and the whole team make it such a brilliant event.” 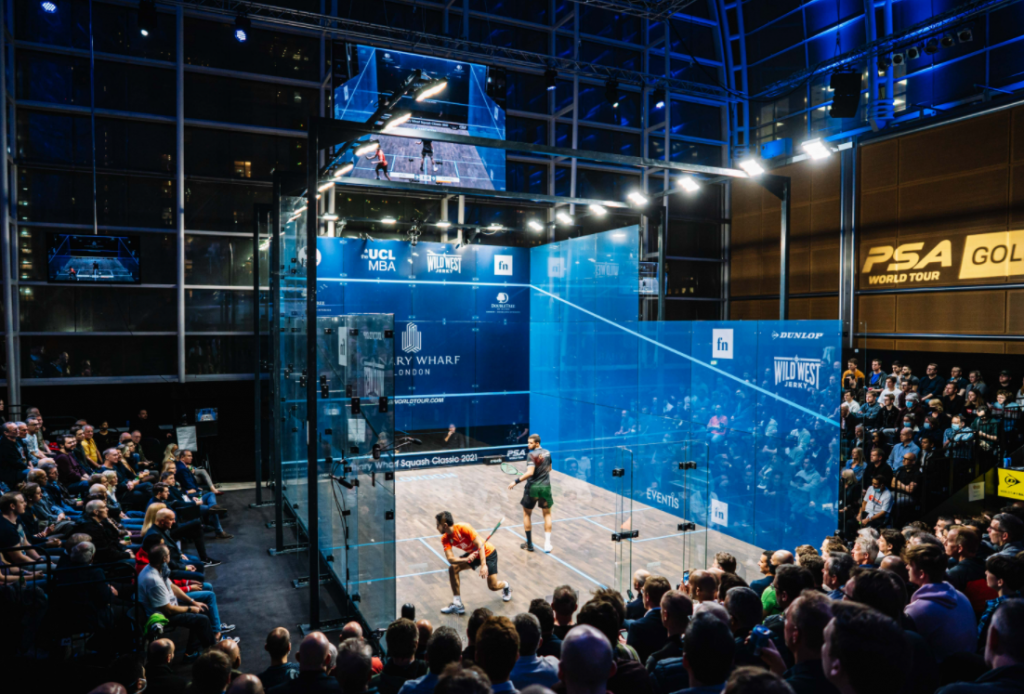 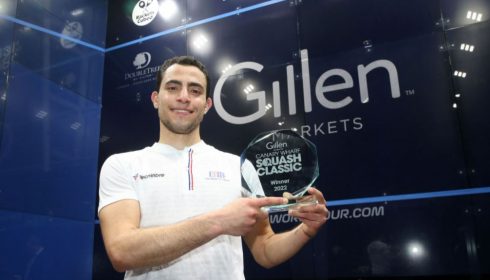 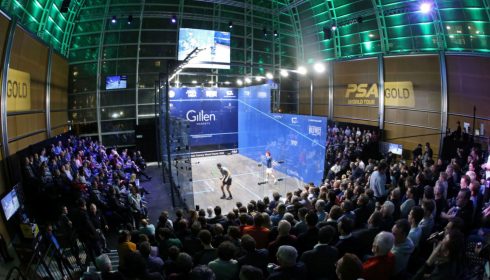 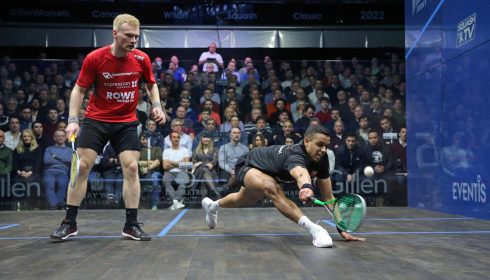