Peruvian Puma hopes Power partnership can lift him to the top 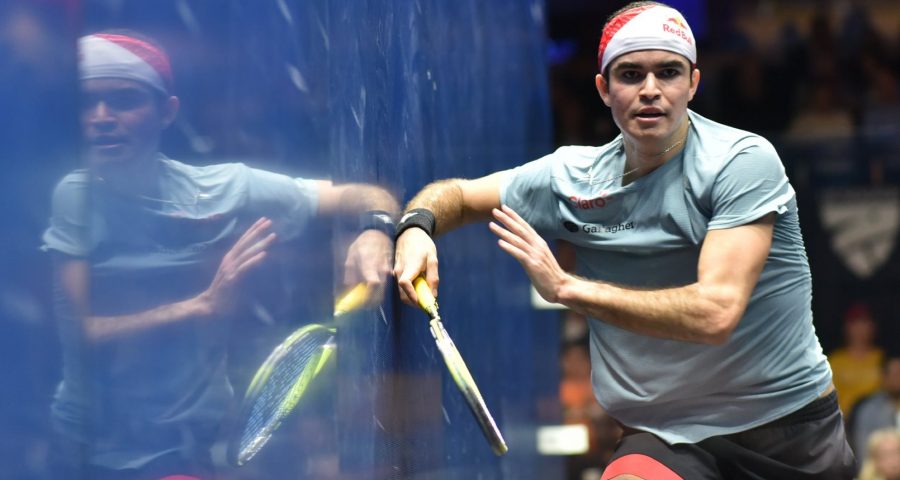 DIEGO ELIAS: Peruvian Puma hopes Power partnership can lift him to the top

Diego Elias is ready to tackle Egypt’s global domination of the squash scene and bring some glory to his homeland of Peru.

We are delighted to see the talented 23-year-old from Lima in action at the East Wintergarden this week for the St. James’s Place Canary Wharf Squash Classic.

The 6ft 2in tall Elias, the 2019 Pan-American Games champion, has been making giant strides up the rankings and reached a career-best position of six in the world in January.

He lived up to his new star billing by winning the $70,000 Motor City Open in Detroit, claiming the title on his sixth try at the Birmingham Athletic Club in the suburb of Bloomfield Hills.

Afterwards he thanked his coach for helping him reach new levels of performance.

That coach is the Canadian maestro Jonathon Power, who enjoyed a career-long rivalry with our very own Peter Nicol, who is part of the management team of the Canary Wharf Classic.

Elias has set his sights on the top of the rankings and is working more closely with Power to help him achieve that ambition.

After winning in Detroit he said:

“I can and I want to get to the top of the rankings really soon. I think I played my best squash in Detroit and I’m happy with the result.”

He knows how brutal the competition will be and saw close up how desperate players are to beat higher-seeded opponents to claim vital ranking points.

“You saw the upsets in Detroit. So many players are playing really, really well. The level of the 40th in the world is getting closer and closer to the level of the top guys.”

Realising success doesn’t come without hard work, the Peruvian Puma is ready to knuckle down and do what it takes.

Power has helped coach Elias since he was 14 and assumed a larger presence in his career after the Peruvian lost to Joel Makin in the second round of the J.P. Morgan Tournament of Champions in New York in January.

“He sort of was getting stuck, and I felt like getting from six to one is a long way. He needs it, and squash needs a different face up there.

“His adaptability and intelligence is very high, and I think it’s going to pay off very quickly. He played well in Detroit and that type of event is a good momentum builder. It’ll continue.”

Elias finds himself in a tough top half of the draw at Canary Wharf alongside Mohamed ElShorbagy, Tarek Momen and Simon Rosner.

Power and precision will be the main things for fans to look out for as Elias aims to stamp his class on the glass this week. 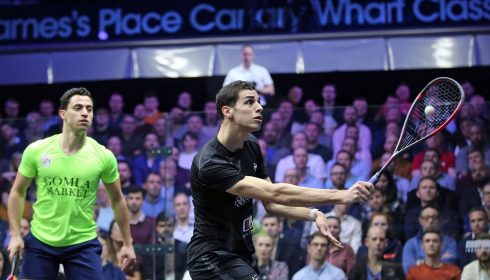 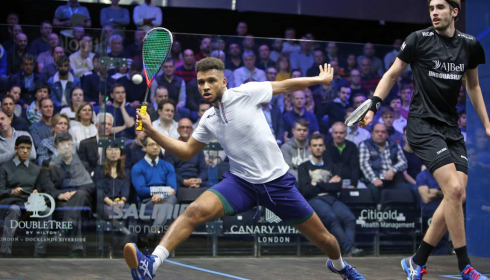 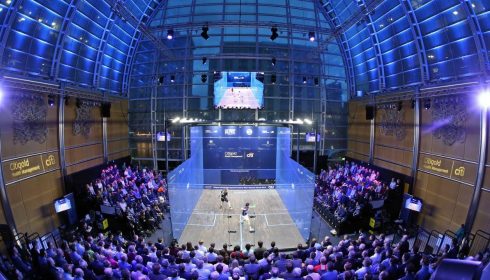